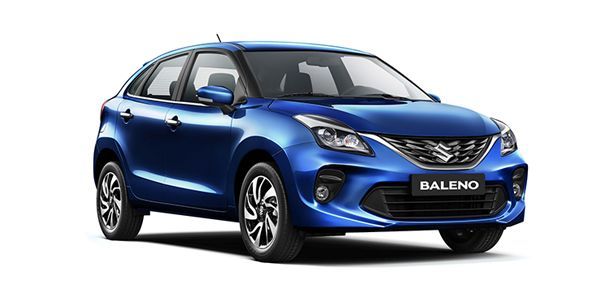 The Maruti Suzuki Baleno is the benchmark of its segment and one of the best selling hatchbacks in the country. Apart from being a great product, the success of the Baleno can also be attributed to the absence of any real competition in the segment. And its recent update has only cemented its position. With the update, the Baleno gets a wider grille, 16-inch machine-finished alloys and a new front bumper. Other updates include LED headlamps and a new touchscreen infotainment system. The cabin has received minor updates too in the form of metallic accents and rear parking sensors are now offered as standard. The engines though have been carried over as is. However, the Baleno’s reign will not go uncontested for long. While the Elite i20 and Jazz will not be getting updates for some time, the Tata Altroz will be launched in India soon, most likely by June this year. And it has the Baleno in its sights.

Maruti Baleno prices start at Rs. 5.55 lakh for petrol and goes upto Rs. 8.87 lakh. The prices of Baleno diesel variants start at Rs. 6.70 lakh and the top-end diesel is priced at Rs. 8.70 lakh. Maruti Baleno is available in 11 variants and 6 colours.

Maruti Suzuki has launched the Baleno Facelift in India, a day before it was rumoured to be launched. Prices of the premium hatchback, which goes up against the Hyundai Elite i20 and the Volkswagen Polo, start from Rs 5.45 lakh for the Sigma Petrol variant and goes up to Rs 8.60 lakh for the Alpha Diesel, ex-showroom Delhi.

The ex-showroom prices of the Baleno have been revised up slightly, the pre-facelift model was priced from Rs 5.42 lakh to Rs 8.53 lakh, ex-showroom Delhi. The Baleno RS is also expected to be given a facelift in the near future.