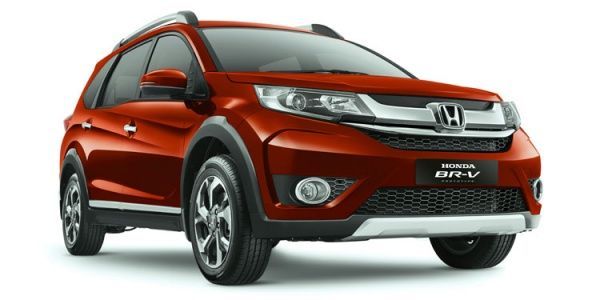 Latest On Honda BRV
Honda’s seven-seater SUV, the BR-V, is now available in a ‘Style’ edition. The edition is a cosmetic update that’s available on the S, V and VX variants at no extra cost. Honda has added a front guard, a roof-mounted spoiler and new body side moulding in this edition. Prices for the BR-V have been hiked, effective August. Petrol variants see a hike of as much as Rs 29,000, whereas the diesels have been hiked by as much as Rs 35,000.
Honda BRV Price
Honda BRV prices start at Rs. 9.54 lakh for petrol and goes upto Rs. 12.86 lakh. The prices of BRV diesel variants start at Rs. 11.88 lakh and the top-end diesel is priced at Rs. 13.84 lakh. Honda BRV is available in 8 variants and 5 colours.
Honda BRV Mileage
The claimed ARAI mileage for the Honda BRV petrol is 16 kmpl, and for the Honda BRV diesel is 21 kmpl.
Editor’s View of Honda BRV
7 seats, practical and spacious, convenient petrol-CVT, good ride quality
Sub-par interior quality, no parking aids as standard, overpriced
The Honda BR-V is one of the more comfortable 7-seater SUVs/Crossovers in its segment. While it may not have the off-road ability of some of its competition – it makes a good case for itself as an urban crossover.
The Honda BR-V gets feature upgrades to cash in on the upcoming festive season
Ahead of the upcoming festive season, Honda has decided to make the BR-V more attractive by introducing a new 7-inch touchscreen infotainment system and rear parking camera with sensors. These features should have been a part of the package at the time of the launch itself, given the length of the car and its positioning in the market. The Digipad infotainment system is only available in the range topping VX grade of both the petrol and diesel versions of the BR-V. Along with this, Honda has also equipped all but the base E variant of the BR-V with rear parking sensors. With these updates, the VX variant of the Honda BR-V now costs Rs 13.2 lakh for the diesel and Rs 12.2 lakh for the petrol (ex-showroom Delhi). While the petrol variant will cost a premium of 10,000, the diesel variant will be sold at its original cost.
The Digipad is the same unit which was earlier introduced with the Honda City facelift and later in the WR-V and the Privilege Editions of the Jazz and the Amaze. The Digipad infotainment system runs on Android and gets 1.5GB of internal media storage. Although this unit supports MirrorLink, it lacks the more popular Apple CarPlay and even Android Auto despite running on Android. Additionally, this system can also access the internet for browsing your mail and to receive live updates on traffic via an optional Wi-Fi receiver. You can also use voice commands for media, 3D navigation, and calling. Along with this, it gets the usual media connectivity options like USB ports, MicroSD slots, and an HDMI port for accessing media and maps. 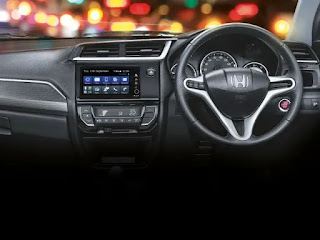 The BR-V gets a set of 1.5-litre petrol and diesel engines. The diesel version is powered by Honda’s 1.5-litre i-DTEC engine that produces 100PS of power and 200Nm of peak torque and has a claimed fuel efficiency of 21.9kmpl. The petrol motor is the 1.5-litre i-VTEC engine which churns out 119PS of power and 145Nm of peak torque. This motor has a claimed mileage of 15.4kmpl (for manual). Both engines are mated to a 6-speed manual, while the petrol variant can also be had with a CVT with paddle shifters. Honda offers a 3-year, unlimited kilometer warranty with the BR-V.
Honda’s BR-V goes head-to-head with the likes of the Hyundai Creta and the Renault Duster, both of which have had these features right from the start. In this cut-throat segment, the Creta enjoys the maximum sales of almost 9,000 units a month, while Renault and Honda manage to push about 1,000 units of their respective SUVs a month. We will have to wait and see if the latest upgrades to the BR-V will help it make a difference on the ranking board.