BMW 6-Series GT First Drive: The namesake
Here’s the first-ever BMW 6-Series Gran Turismo. We spend saome time with it to help you make sense of it all 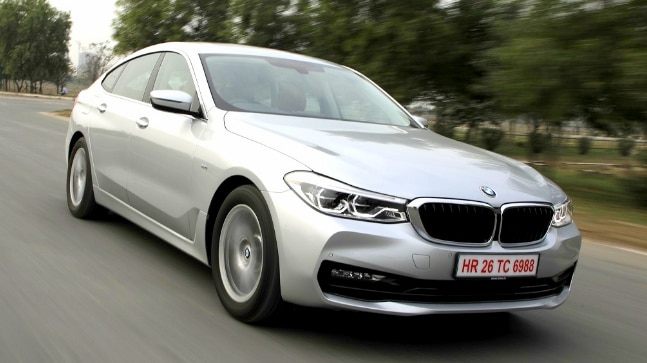 For starters, this car has nothing in common with the 6-Series Gran Coupe it succeeds. It has far more in common with the new 5-Series and 7-Series, which use the Cluster Architecture (CLAR) platform. To wit, it looks like the new-gen G30 5-Series. The plot thickens when you realise that under its skin, its the same as the 7-Series! At least, its got the same wheelbase as the regular 7 sold abroad since India gets the stretched long-wheelbase version. The question that begs to ask, then. Why isnt it called a 5 GT? 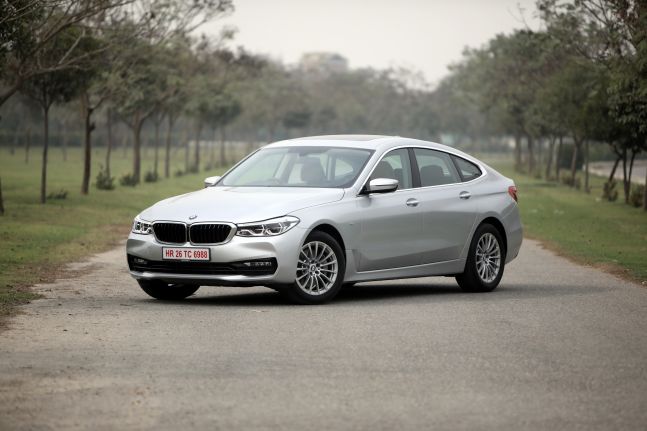 BMWs naming convention stipulates that odd model numbers are for sedans or SUVs, while even model numbers are for sporty models or coupes. And the 6 GT definitely possesses the roofline of a coupe. The roof blends into a short deck lid and contoured tail lights, to help reduce visual bulk at the rear. When viewed in profile, or the rear, the roofline can actually look quite fetching.
Its only when viewed from the front three-quarters that you notice that proportions are skewed, with the rear looking much too heavy for the sleek, low nose which is the design highlight of the G30. Changes to the 6 GT include elements that enhance aerodynamics, including an active grille, front air dam, side vents and of course the electric spoiler that raises at speeds above 110kmph. BMW claims a coefficient of drag of 0.28.
The India spec car is fitted with 18-inch wheels and 245/50 section Bridgestones, presumably in the interest of ride quality. Larger wheels, as on international spec models do help remedy the top-heavy look. Though it must be said, the benefits of the roofline can be seen to outweigh the looks, depending on whos looking. Boot space is up from 530 litres in the 5-Series, to 610 litres and space is intrusion free.
Inside, its familiar territory as the 5-Series and everything feels impeccably put together. Theres a 10.2-inch central touchscreen with BMWs latest iDrive interface, featuring gesture control to adjust volume through the standard 12 speaker audio system. Most importantly, the 6 GT is wider than the 5, with a 100mm wheelbase stretch. The rear bench is, thus, expansive has outstanding under-thigh support and knee room is more than luxurious. If crossed legs while seated were a sign of power, consider the rear seats to be your throne because that is a feat thats easily doable in the 6 GT. The seat backs also recline electrically, taking the potential for comfort up several notches.
For now, the 6 GT is only available as the 630i, meaning it has a 2-litre turbo petrol under the hood, the same as on the 530i. So while the engine is familiar, power/torque figures are up by 6bhp and 50Nm respectively. It comes mated to an 8-speed torque converter automatic and the box offers up quick and smooth shifts.
Its also smart enough to downshift twice if you put the right amount of pressure on the pedal to execute an overtake. The power always felt adequate to make progress, even when a more brisk pace was asked for. Considering the slightly higher torque figure at the same low 1,500rpm, the 6 GT also seems like its more relaxed. BMW claims a fuel efficiency figure of 14.3kmpl for the 6 Series GT. Coupled with a 68-litre tank capacity, that should equal a range of well over 900km.
You know its a more comfort-oriented car than the 5 though, considering theres a Comfort+ driving mode, instead of the expected Sport+. Speaking of ride quality, the 6 Series GT rides on self-levelling air suspension all around. The system can offer up to 20mm of lift when the need arises. The adaptive driving mode adjusts the air suspension and tricks active anti-roll bars at the rear to respond to road conditions and driving styles, in real time.
Ride quality is pliant and only the sharpest of joins in the road come through with a thud. The variable ratio steering can go from light and slightly twitchy at speed to heavier and more composed, depending on the mode. In fact, the Sport mode dramatically changes the attitude of the car, with everything seeming more buttoned down. Even then, there is some body-roll but thats only when attacking corners. The 6 GT exhibits safe characteristics, tending to understeer to let you know where the limits are. If pushed, the rear will step out a little before the electronics rein it in.
Verdict
Overall, if the coupe-like styling appeals to you, the 6-Series Gran Turismo is a great package. It has more space and standard features than a 5-Series and the air suspension does wonders for ride quality. At an ex-showroom price of Rs 58.9 lakh, it compares favourably with its competition, the long wheelbase Mercedes E-Class. The BMW 6 GT could be your car if you value space and practicality and enjoy the occasional drive without a chauffeur.